Are you looking for the “History of Ananthagiri Temple ” then you’re on the right place.

According To Mythological History Of Ananthagiri Temple Vikarabad

According to the Skanda Purana, the Padmanabha temple constructed in Dwapara yuga by Markandeya. Sage Markandeya used to move Kasi from Ananthagiri to take a bath in the holy water of Ganges through a cave for his meditation. One day Sage unavailable to move Kasi, So that god gave darshan in the dream and helped him to take a bath in river Ganges by flowing it to the place where he located.

According to epics Kalayanavana Raksha entered Dwaraka and killed Muchikunda so that lord Krishna boon him to stay in the as a river and converted him to a Musi river which also called as Muchukunda river. The caves where he rested named as Mount Girnar.

Letting you know about the Ananthagiri temple Timmings

Other epics history explains that 400 years ago Nijam Nabas came to Ananthagiri hills for hunting, while they are sleeping lord Anantha Padmanabha Swamy appeared in their dreams and asked to construct a temple. By following lord’s command a temple built by Nijam Nawab and the principal temple constructed by Hyderabad Nawab Mir Osman Ali khan.

The temple constructed in a novel South Indian style, the Dwajasthambam in the temple represents the significance of various Gods and Goddess, and multiple temples in the province dedicated to many gods and goddess. The exterior and interior of depicts the ancient tradition. The temple steps are carved with some religious mantras and quotes, to offer poojas for Anantha Padma Nabhaswamy the water in the well of the temple province used.  The water is in well treated as the holy so that utilised at times for poojas and Archanas. 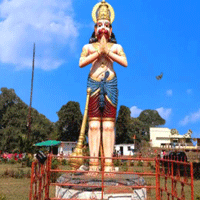