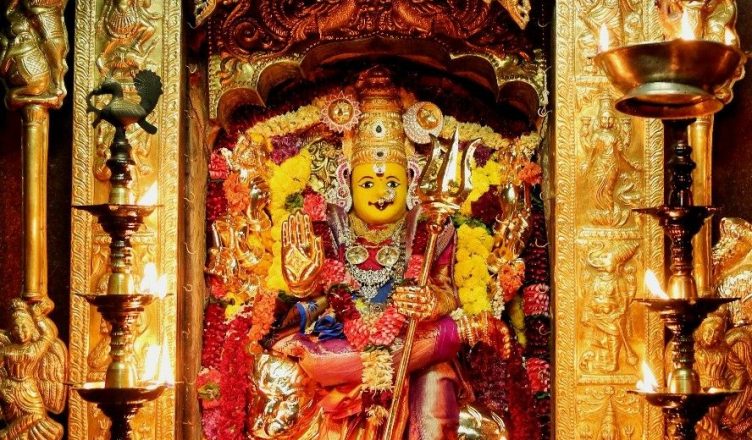 Vijayawada Kanaka Durga Temple – Kanaka Durga temple is located in Vijayawada. This temple is dedicated to goddess Durga. This temple is located on indrakeeladri hill on the banks of the Krishna river. The temple region is once a rocky region with hills that obstruct the flow of the river. One of the mythologies that are associated with the place is that Arjuna prayed lord shiva on indrakeela hills for his blessings to derive the name of the city as Vijayawada as the victory of kanakadurga over the demon king mahishsura. As per the wish of a sage goddess Durga made indrakila as her permanent abode and slew the demon king mahishasura and freed people of Vijayawada from evil. There is a shrine of malleswara swamy on indrakeelardi near to kanakadurga temple. There are many shrines you come through while climbing the steps the prominent temples among them are malleswara and Krishna and kanaka Durga.

Vijayawada Kanaka Durga Temple is the place where arjuna obtained pusupatha Astra after penance for lord shiva and this temple is constructed by lord shiva to goddess Durga Devi. The diety kanakadurga is a swayambhu avatar which is considered as the powerful pilgrimage place in india. 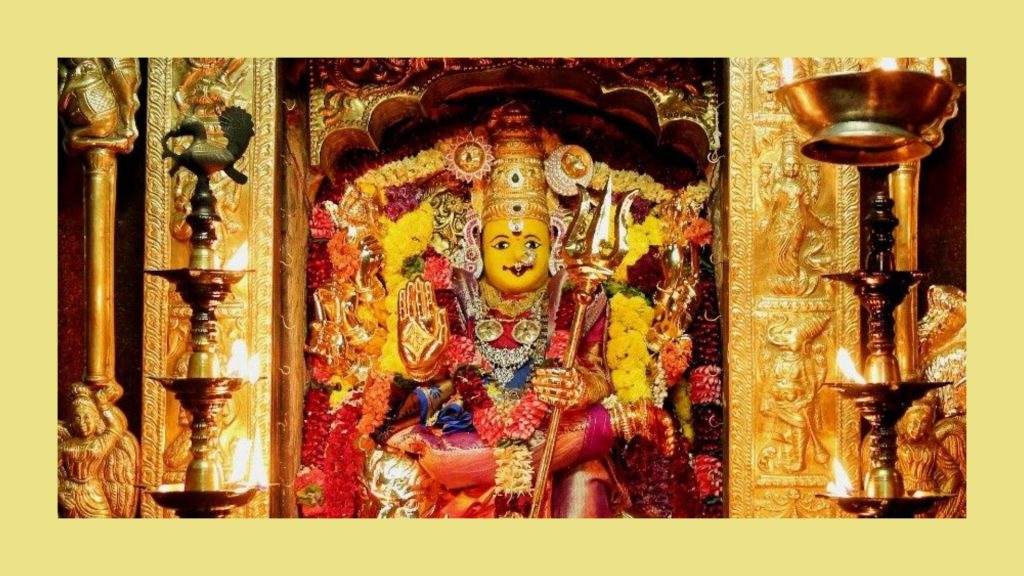 Dessara: Dessara is the festival that is celebrated in a grand manner. Dessara will be celebrated for 10 days and the 9th day of the celebrations are considered as dessara. The goddess Lakshmi Devi is decorated in the following ways.

Shakambari Devi festival at Vijayawada Kanaka Durga Temple: The shakambari devi festival is celebrated in sri durga malleswara swamy varla devasthanam from July 14 to July 16. This is a festival that is celebrated for 3 days in the month of ashadam in Telugu calendar, this festival will be celebrated from ashada shukla paksha trayodashi to purnima. This is a festival that is celebrated to offer pooja for godess kanaka durga matha for abundant rains, good harvest, vegetables and fruits. So that the goddess is decorated with fruits, vegetables in the form of shakambari devi, the temple is also decorated with vegetables, fruits. There will be 14 priests to offer traditional rituals for vigneshwara puja, punyavqachanam, akhanda deeparadhana, ankurarpanam, vastu homam, kalasa sthapana. The temple will be closed on July 16th after offering pancha harathulu in the view of the lunar eclipse.

What Are The Temples That Are Nearby Vijayawada Kanaka Durga Temple:

The following are the list of temples that are near to the kanaka Durga temple.