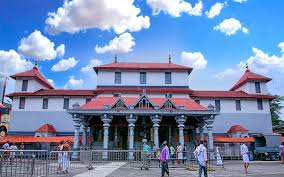 Dharmasthala Manjunatheshwara Temple is an old temple which is about 800 years old. This is also called ksetra dharmasthala that is located in the town of dharmasthala. This temple is dedicated to lord shiva.

Dharmastala is a town on the banks of the nethravathi river. The name of manjunatha means in Kerala Manju means snow, the lord shiva lives on the Himalayas so that the name of Manjunath is derived. This temple is dedicated to lord shiva before entering the temple the devotees need to take bath from the Nethralaya River. Dharmasthala is represented as religious tolerance because Jain Tirthankara is worshipped instead of daivas and lord manjunatha. The priest is vaishnavite Brahmin and the guardian of the temple is Heggade.

Dharmasthala manjuntha temple is called as kuduma before 800 years. There lived a happy couple named as Birmanna Pergade and Ammu Ballalthi in a home named as Nelliadi beedu. The guardians of dharma transformed into the form of humans to search for a place to dharma the couple treated angles and accommodated them with good food and all. The dhrama diavas was pleased with their genorisity, sincerity and in a dream, they explained the couple the reason for their arrival to the town and asked to vacate the house to perform rituals to daivas. As per their request pergade vacated the house and constructed another house near to that. On a fine day, the dharma daivas appeared in their dream and asked to build shrines to diavas named kalarahu, kalarkayi, kumaraswamy and kanyakumari. After the co0mpletion of construction of the shrines pergade invited one of the Brahmin priest to offer rituals to the shrines. The priest suggested to install shivalinga around the diavas as per the suggestion pergade installs shivalinga which is brought from kadri manjunath temple so that the manjunath temple is constructed around the shiva linga. 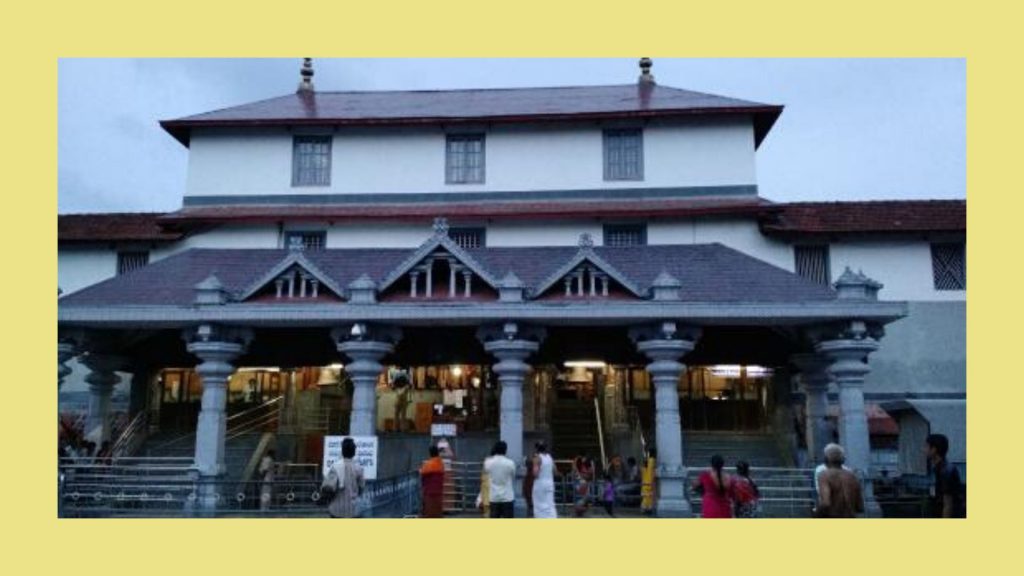 Sri kshetra dharmasthala, dakshina kannada, dharmasthala,Karnataka. In  the dharmasthal manjunatha temple there are some shrines that are installed. The word dhramsthala means the uniqueness of humanity and faith.

The followings table despites the timings in the Dharamsala manjunatha temple

Other Temples In The Premises Of Dharmastala Manjunatha Temple:

They are some rules that are to be followed by both men and women. Men should remove their shirts before entering the temple, women should wear a duppata with the Kurti modern dresses that are not allowed to the temple.

1.By train: Mangalore is the nearest railway station which is 74 km from the temple to reach

2.By Air: Mangalore is the nearest airport which is 65km from the temple

3. By road: There is adequate availability of trains from all the states of Karnataka