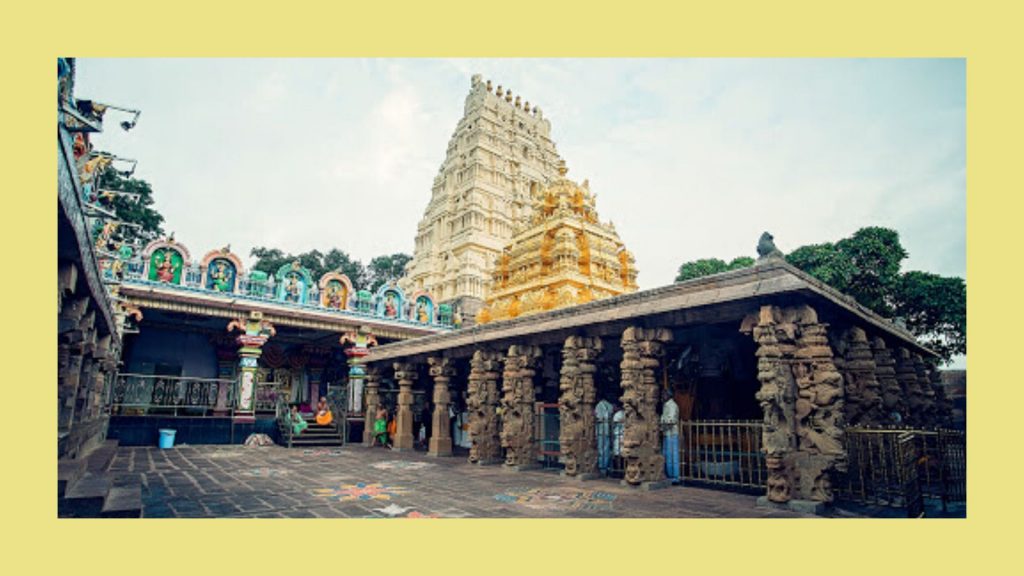 Stala puranam says that lord karthikeya came from kailasam to kroinch hills as got angry on god shiva and goddess parvathi. Lord shiva  and parvathi came to the hills on the name of arjun and mallika so that the temple is called as mallikarjun temple.

Lord Shiva and Parvathi decided to search brides for lord Ganesh and Kartikeya there is a fight between the brothers Ganesh and Kartikeya whom to get married first. Lord Shiva ordered them both of them to go around the world in pradakshanam for seven times. The one who reaches the kailasam by completing pradakashana will be married first. Kartikeya goes around the world for pradakshana on his vahana Nemali(Peacock). Ganesh went for the pradakshana around his parents  as three pradakshnas around them is equal to one pradakshana all the world. Three pradakshnas are sone first So that Ganesh is married to buddi, siddi, riddhi. Karthikeya on his return of the travel stayed in mount kraunja in the name of kumarabrahmachari.

Festivals That Are Celebrated In Bhramaramba Mallikarjuna Srisailam Temple:

As this temple is dedicated is lord shiva. The festivals that are related to lord shiva will be celebrated the most. The list is as given below

Ugadi: Ugadi is a festival taht is celebrated in the month of march/april. As the Ugadi festival is considered as the starting of the year by the Telugu, kannada people.

Kumbhotsavam: Kumbhostavam is a festival that is celebrated on Tuesday or Friday after full moon day. This festival is celebrated for goddess bhramaramba devi.

Sravanamosothsvams: This a utsavam that is celebrated in August and September on the 5th month of Telugu calendar.

The daily rituals in srisailam temple are as given below

What Are The Nearby Places Of Bhramaramba Mallikarjuna Srisailam Temple:

There are some famous temples that are around the srisailam temple. The list is as given below

What Are The Possible Ways To Reach Bhramaramba Mallikarjuna Srisailam Temple:

Srisailam temple is dedicated to lord mallikarjuna. The possible ways to reach the temple are as given below

By Bus: There are many possibilities to reach srisailam temple by bus from various cities as markapuram, doranala, kurichedu.

By Flight: There are no regular and daily flights that are available for srisailam airport. The nearest airport to reach is Rajiv Gandhi International airport, Hyderabad which takes 5 hours of journey to reach srisailam.

By Car: We can reach the Srisailam temple through our own vehicle as a cab or booking a ride in the cab. This can be considered as the easiest way to reach the temple. 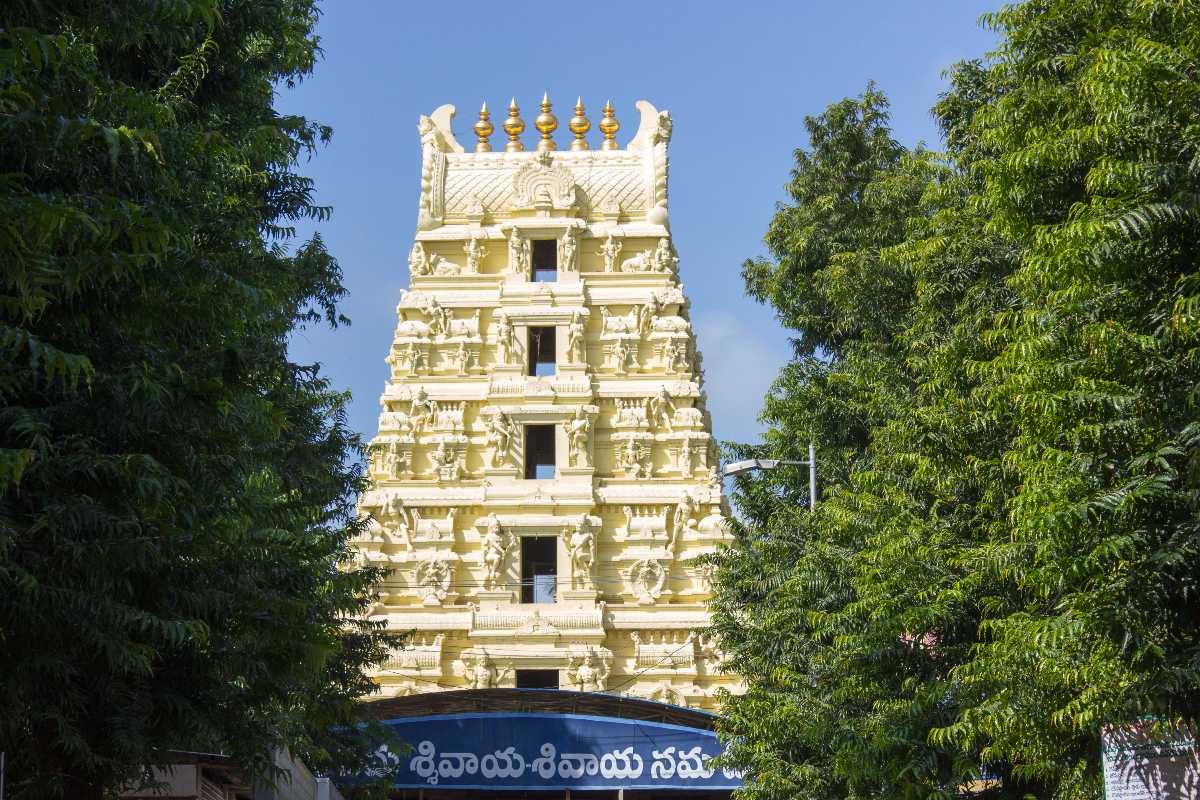 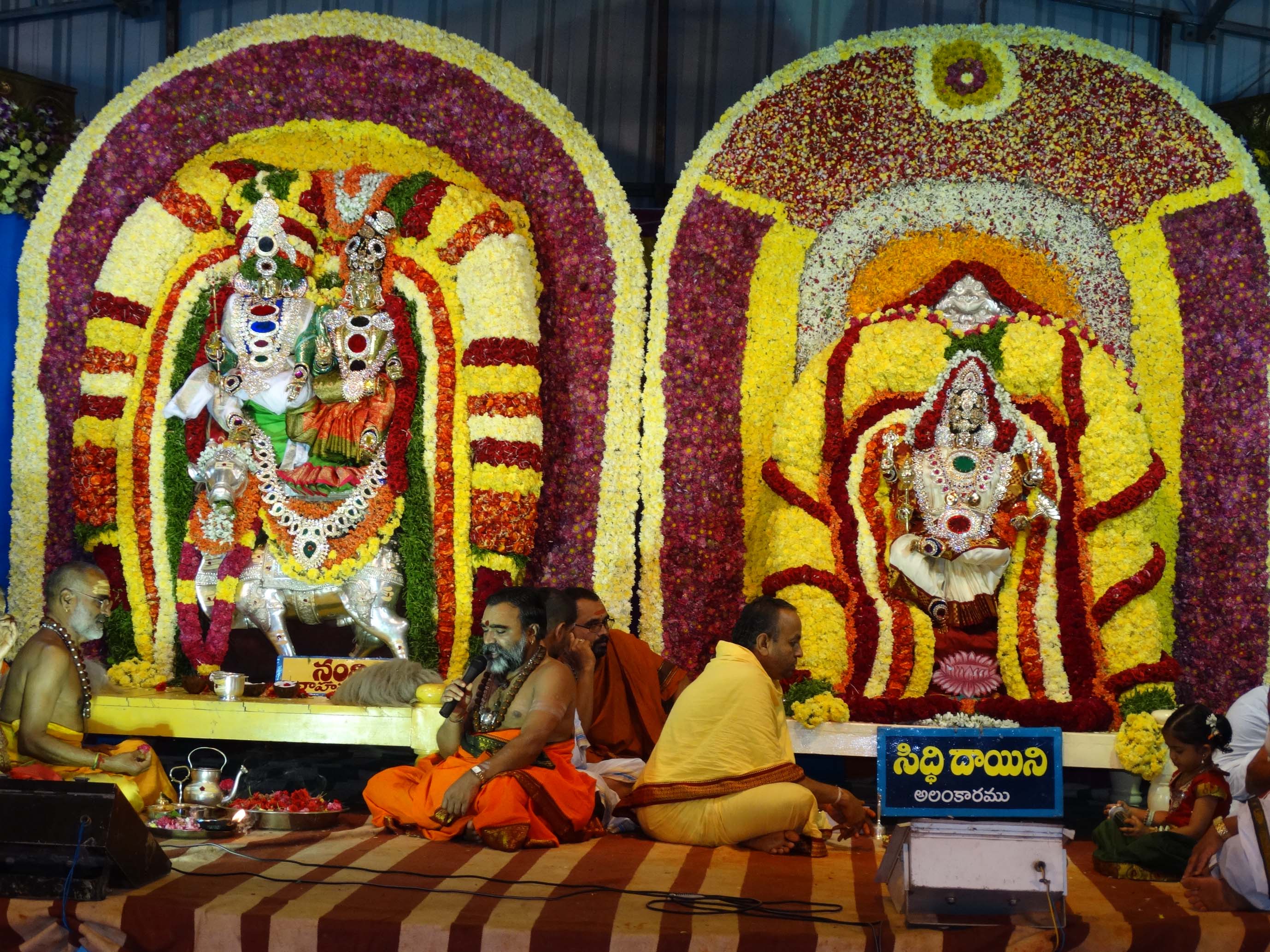 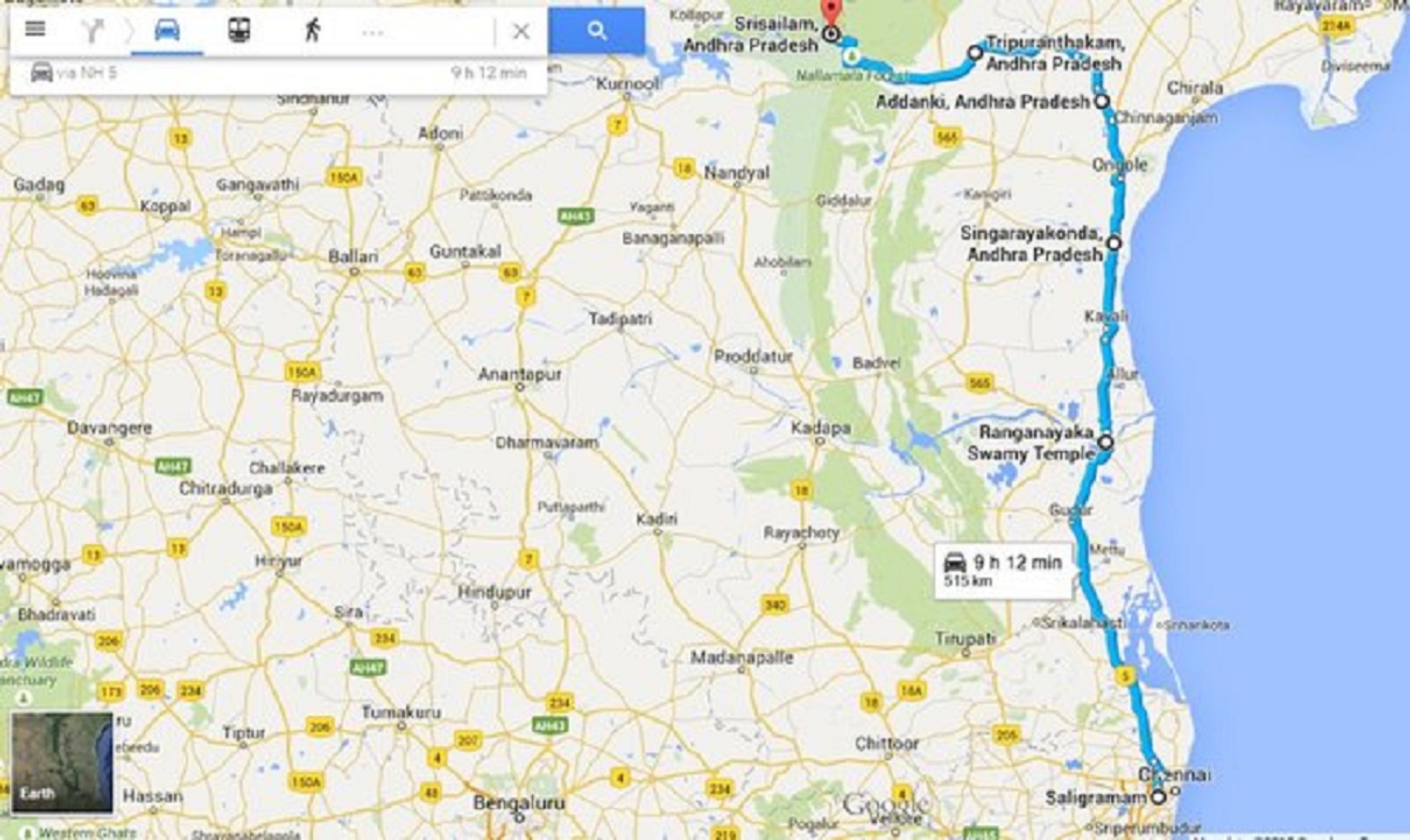 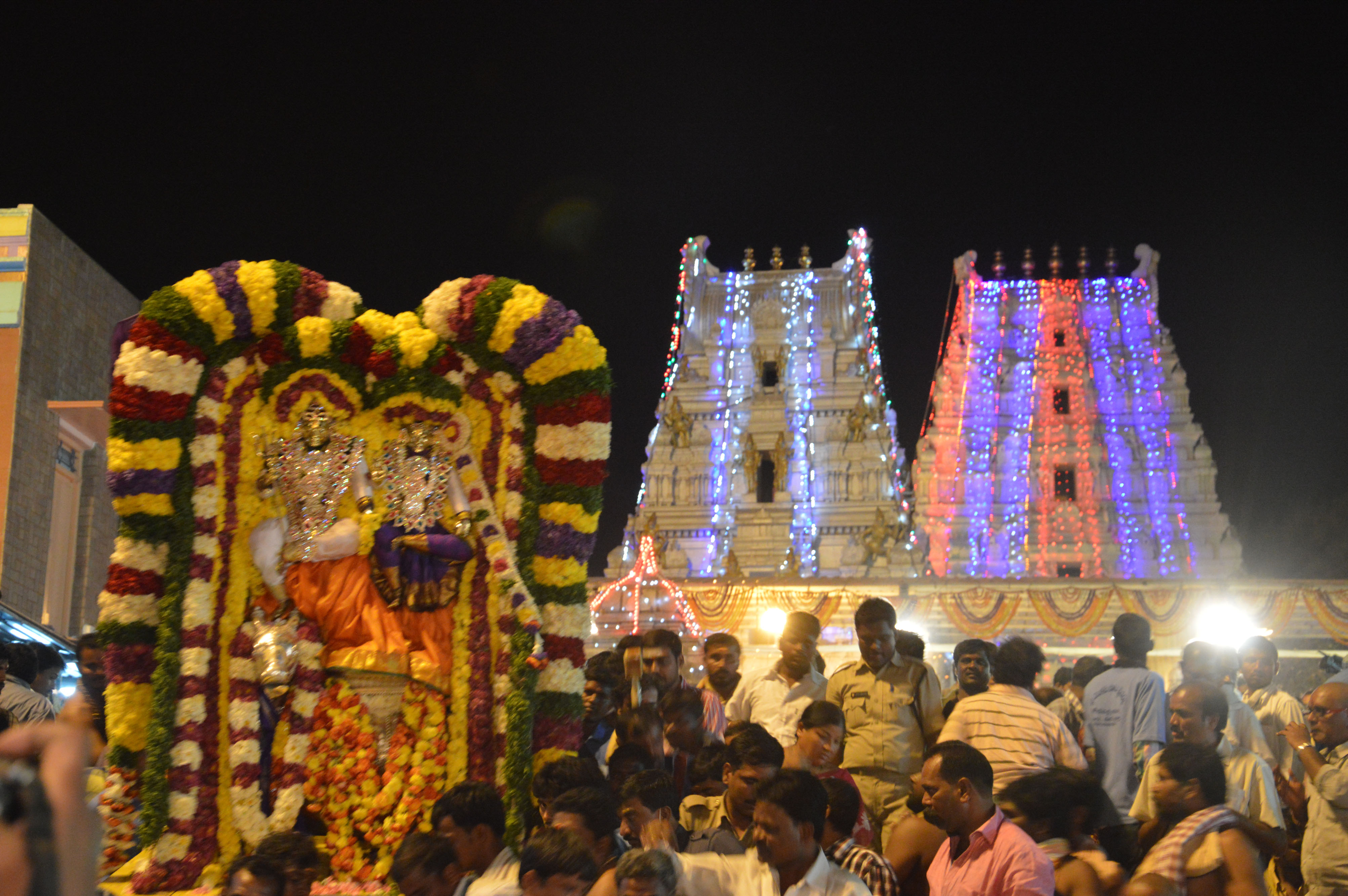 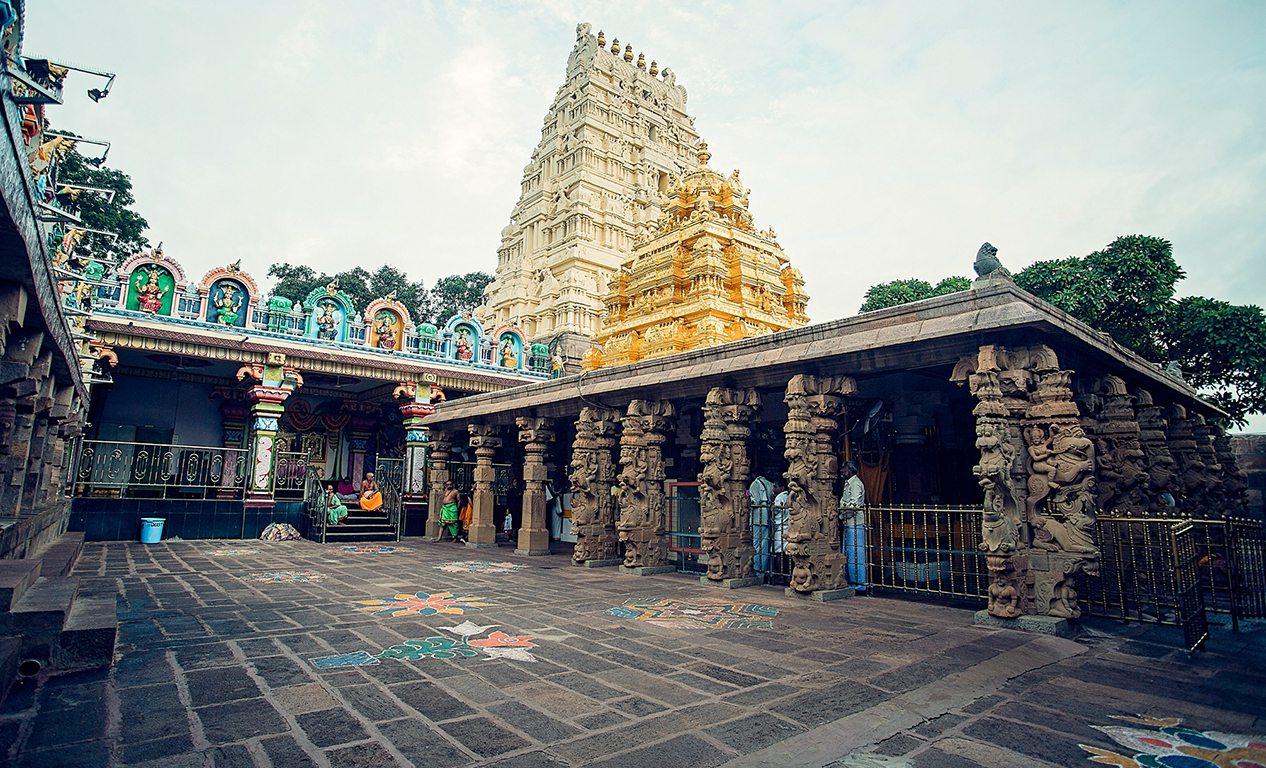