Here’s Everything About Gangotri Temple History

King Sagara, after the assassination of demons on earth, decided to offer Ashwamedha Yagna to declare his mastery.  The Yaga should execute by his 60,000 sons with a horse named Ashwameda as they have to make a journey around the earth without any interruption. Still, lord Indra( head of gods) insecure by that act and tied Ashwameda in the ashram of Kapila sage, at that time Kapila sage is in meditation regarding less of all these tasks. Sagara sons have a misconception that the sage binds their horse in his ashram, so they attacked him. As he is interrupted from the Yaga, he cursed all 60,000 sons and perished them. To get a grant for Moksha for all his ancestors, grandson of Sagara started meditating for Goddess Ganga to cleanse the ashes of them. So the Ganga Devi compassioned his prayers and abolished all their sins, liberated their souls and granted salvation(Moksha). 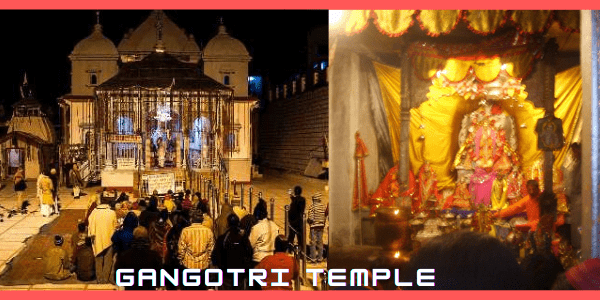 Its believed that the lord Vishu washed the foot of lord Shiva and collected the remaining water to free the universe for the demon Bali.

Another epic story, according to Mahabharatham, is that the Goddess Ganga incarnated as human to marry King Shantanu ancestors. That couple had eight children and seven of them thrown into the river, and the remaining one is Bheeshma as he got saved by Sagra. Then Ganga left him and disappeared. Let’s know about some famous places around Gangotri temple

A shiva lingam which is of natural rock visible to the people near the Gangotri temple, The shiva lingam merged in water, and it’s visible at the times of low water level i.,e winters. So to attend the poojas, let’s know about the temple timings(internal link). It’s believed that lord shiva split goddess Ganga into seven pieces for saving the earth. Aren’t you excited to visit Gangotri temple then do know about the possible ways to reach Gangotri

What To Visit In Gangotri Dham

The Gangotri Dham do consists of following

The Gangotri temple is one in Gangotri Dham, which is one of the scarcest temples in India which dedicated to goddess Ganga.

There is a Shiva lingam underneath the water that visible only when there is less flow of water. This Shivalingam is visible mostly in winter seasons.

Bhairon Nath temple is 10km away from Gangotri where Jadh Ganga merges with Bhagirathi. Bhairon Nath is the place that needs to visit by all the visitors, followed by a visit to Gangotri temple. 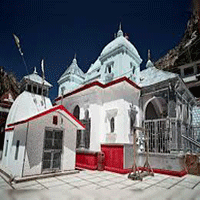 How to Reach Gangotri Temple by Road, Railway and Airport ? 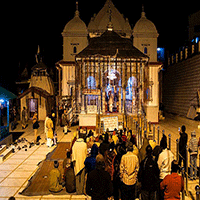 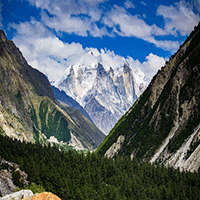 Here Are The Top 9 Places To Visit In Gangotri Temple