Kanchi Kailasanathar Temple Timings, How to Reach, History and Festivals

Kanchi Kailasanathar Temple is constructed in the period of 680 A.D to 705 A.D by one of the Pallava ruler’s Rajasimha. This Kanchi Kailasanathar Temple is also called a “sand temple” as the standing stone is used in the construction of the temple. The Siva lingam which is of 10 feet height with sixteen faces, this temple is one of the Shaiva kshetras.

There are eight shrines with Shiva lingam in the temple. This temple is dedicated to lord shiva. The temple is located at Kanchipuram.

Each wall in the temple is sculptured with somaskanda reliefs means the story of shiva and Parvathi. In the entrance of the temple, there is a statue of shiva ling with a Nandi which is made up of granite stone. There are many sculptures of Nandi and lions as Nandi is the vahana for shiva. An adventurous part of this temple is an individual has to crawl and climb many steps to exit the temple. 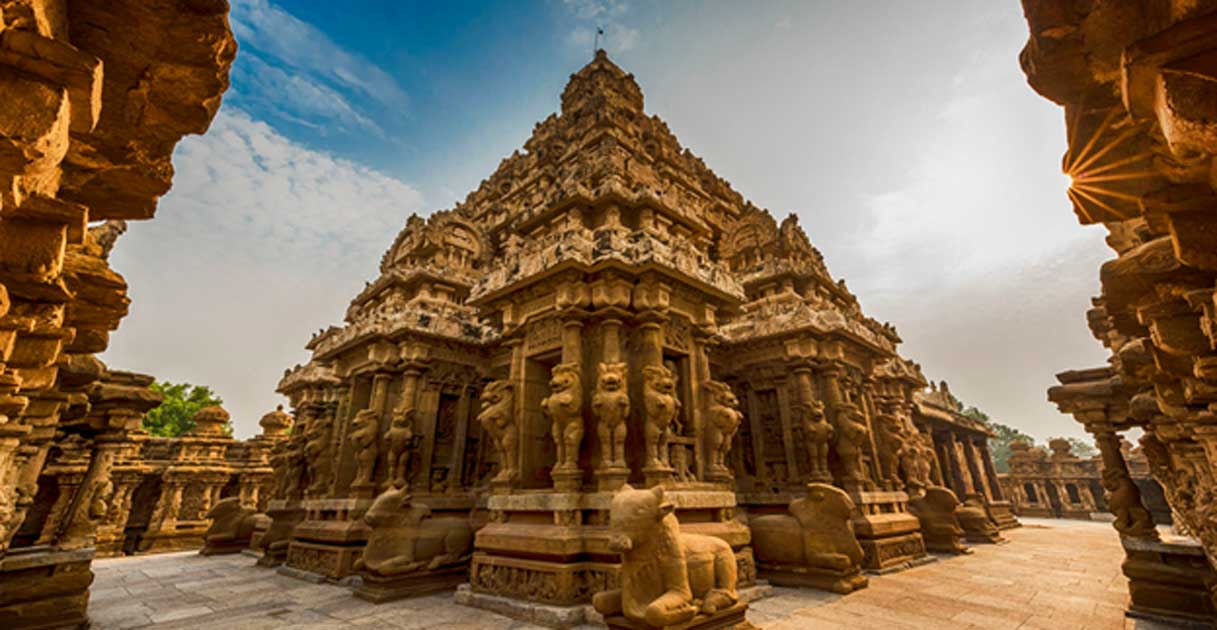 It is one of the oldest structures in Kanchipuram and the finest architecture in South India. The foundation of the temple is made of granite while the superstructure is designed out of sandstone. It requires visitors to climb up and down a flight of seven stairs and to crawl through narrow ways.

Though the construction of the Kailasanathar Temple started by Rajasimha Pallava, it was his son Mahindra Varma Pallava who completed the construction. The local people believed that the temple of Kailasanthar served the purpose of a shelter for the king during the time of the battles.

Festivals That Are Celebrated In Kanchi Kailasanathar Temple:

Maha Shivaratri is the festival that is celebrated in the temple.

The temple can be visited throughout the year. Shivaratri is celebrated in great grandeur. The best time to visit this temple is from November to December.

How to Reach Kanchi Kailasanathar Temple:

By air: The nearest airport to reach the temple is the Chennai airport.

By bus: The Kanchipuram bus stand is the nearest to reach the temple.

By train: Kanchipuram is the nearest railway station to reach the temple.

Nearby Temples And Visiting Places Near Kanchi Kailasanathar Temple:

They are the places that are near to the kailsanathar temple

Restaurants Near By Kailasanathar Temple:

This temple is located in Kanchipuram, TamilNadu 631501, India