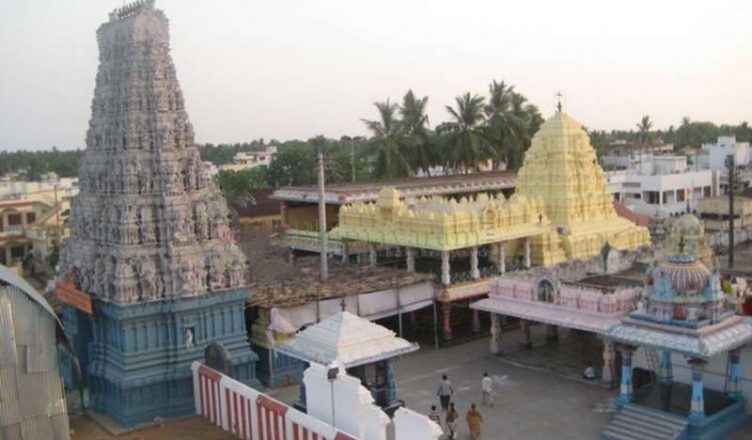 At the time of the crowd, Pandits conduct the Puja here.  In the main hall, there is one big Nandi statue. Here Lord Shiva worshipped as Someswara Swamy and wife Goddess Parvati as Sri Rajarajeswari Ammavaru. The 15 m height pillar is constructed in front of the big Gopuram

Southside of this temple Garbha Graham, Goddess Adilakshmi has seen and marriages are conducted in that new hall also in Goddess Annapurna Mandapam. Inside the temple, there are Lord Anjaneya Swamy, Navagraha, God Kumara Swamy, and Lord Ganesha has seen. In the Someswara temple, Pushkarini pond is there and called Soma Gundam.

There are two famous legends about the temple and the first one says that Amrutha Shivalinga was owned by Demon Tarakasura. Due to that Shivalinga, he becomes more powerful and no one could win over him. Son of Lord Shiva and Parvati, Lord Kumara Swamy used his powers to kill Tarakasura but failed they reunited again and again

So Narayana advice to Kumaraswamy breaks that Shiva Linga wore by demon Tarakasura into pieces and then the place them in five different places forming the sacred temples. Lord Chandra installed Shivalinga So that this temple named as Someshwara Swamy

And another legend says that Lord Shiva destroyed the Tripura during Tripura Samharam. The Shiva lingam in the throat of a lord of Tripuras was broken into 5 pieces and installed worshipped in 5 different places as Pancharama Kshetras

The Pancharama Kshetras are mentioned below:

In Sanctum Lord Shiva is in the form of Shiva Linga avatar. There is one specialty in this temple; Shiva linga will change the color according to the lunar aspect. At full moon day, (Pournami) Shivalinga is in White color as well as Amavasya days it color shades to black

The special temple built on top of Somarama temple, goddess Annapurna with sacred thread on her neck and baby near to her holy feet. 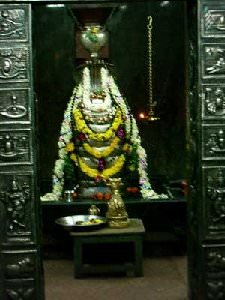 There are many buses available to Bhimavaram from Eluru and Vijayawada

Nearest Airports are at Rajahmundry and Vijayawada, one can available the regular flights

The rooms, halls are available at reasonable rates near to temple and online services are also available