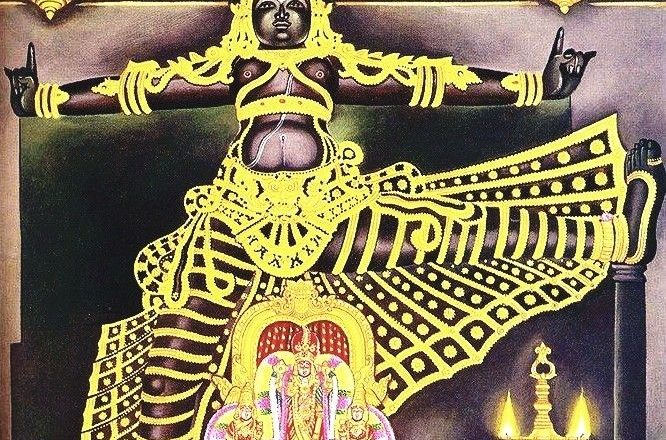 Ulagalantha Perumal Temple Kanchipuram was built by Nandivarma III during 846- 869 A.D. later, this temple was renovated by Pallavas and Cholas. The main deity inside the temple depicts this play. Where Lord shows his one finger to the right hand, which says that he has measured the first step. His left-hand shows now finger, which denotes the second step. For the third step, Lord raised his feet above, denotes the final step on Mahabali’s head. Lord, her called by Thrivikram. 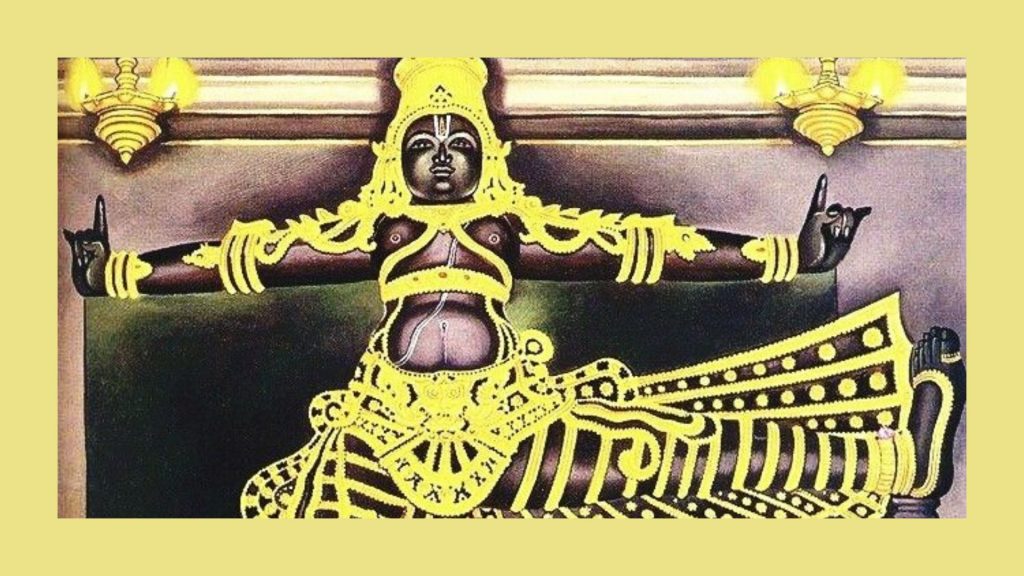 The presiding deity of this temple is lord Ulagalantha Perumal also called Trivikraman stands at height of 35 feet with his right leg at a right angle to the body and parallel to the ground, placed on the head of the demon king Mahabali. The two left-hand fingers of the Lord are seen stretched out, which indicates that he took two steps to measure the world. And one finger of his right hand refers to the questions that Lord posted to the demon king, where he cloud place his third step.

This was located in the village called Kanchipuram, Tamil Nadu state, the languages known are Tamil and English, photography is not allowed in this temple.

The opening and closing timings are very important to know to visit the temple in the day staring the doors will open at 6 am till 12 pm again opens at 4 pm and final closing at 8 pm in the night.

Ardha Jamam Pooja at 10 am

Festivals in this Temple:

The private rooms are available both in A/c and Non- A/c near to the temples. Whereas the temple is not providing any shelter to the visitors on the premises of the temple.