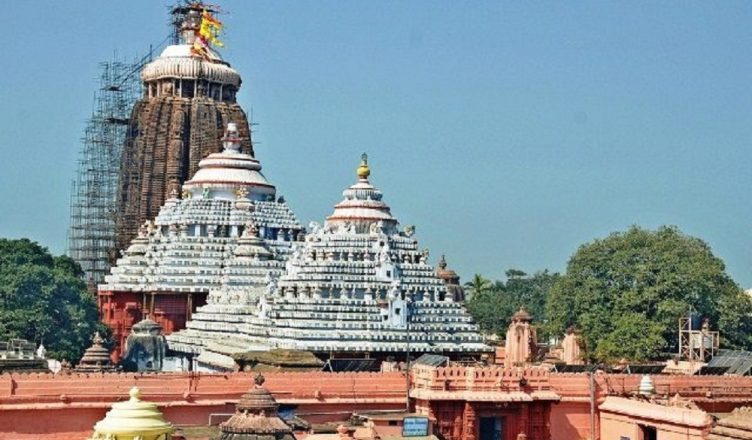 The Puri beach lies on the banks of Bay of Bengal, which is one of the Hindus sacred places. The famous festival that celebrated on Puri beach is the Puri beach festival. 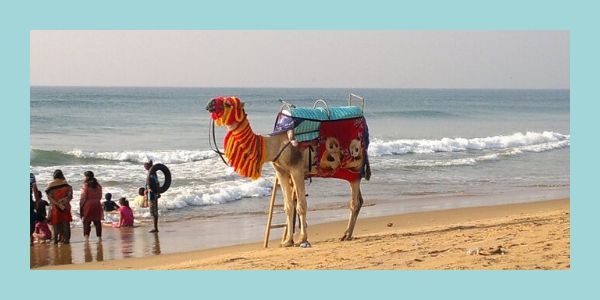 Konark beach is on the eastern coast of India in the district of Odisha. This beach is near to the Konark sun temple, and this place is considered as the holy place by Hindus.

The distance that needs to cover to reach the Konark beach from the Jagannath temple is 36.5 km, and it requires a ride for 1 hour. 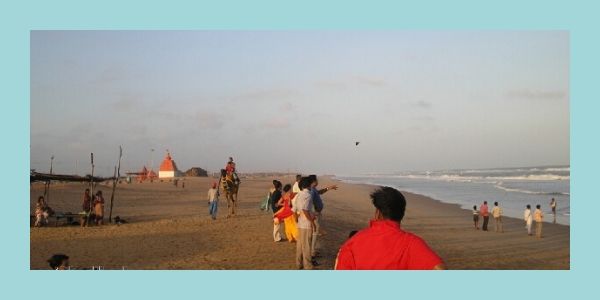 It’s proved that Chilika Lake is a part of the Bay of Bengal. Chilika lake is shallow with mudflats, and the lake is surrounded by islands like Parikud, Phulbari, Berahpura, Nuapara, Nalbana, Tampara. The water depth of the lake ranges between 0.9 to 2.6 feet in regular days, and in rainy season the water level increases and ranges between 1.8 to 4.2meters. 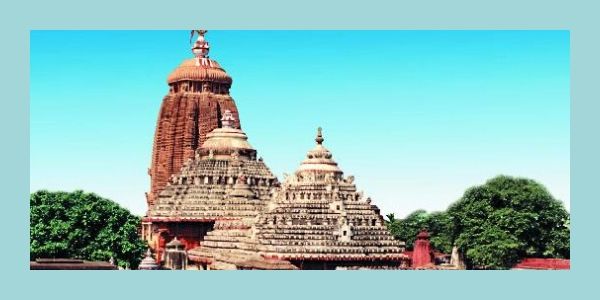 The name Swargadwar is a club of two words swarg and dwar. Swarg means heaven and Dwar means way so, swargdwar means “gate way of heaven.” Swargadar is extended to the southwest corner of Puri. It’s believed that Lord Narayana, in the form of Jagannath, will visit the sea on Amavasya through his cremation ground. 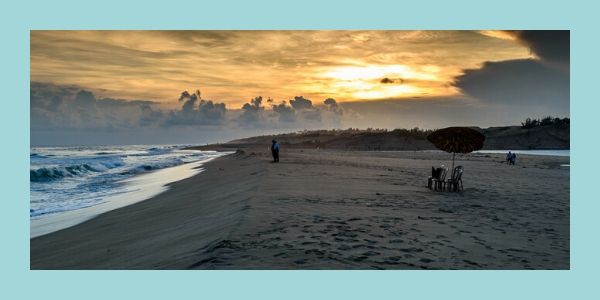 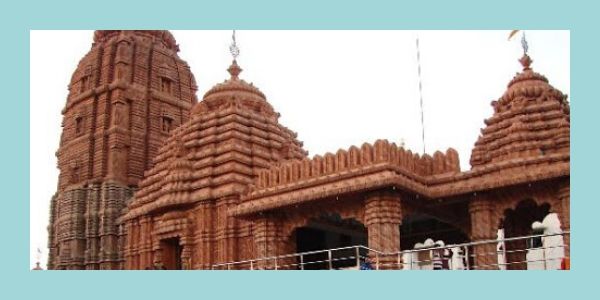 The distance that needs to cover for reaching the chilika wildlife from Puri Jagannath temple is 100.9km, and the time required for traveling is 2hours38 minutes. 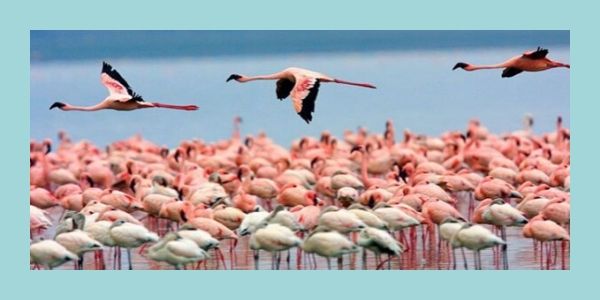 The Lakshmi temple is on the premises of Puri Jagannadh temple. This temple dedicated to goddess Mahalakshmi and the shrine is small and beautiful. According to local legends at the time of marriage of Parvathi with lord Shiva, goddess Lakshmi invited the couple to this shrine. The famous festival that is celebrated at this shrine is Ratha Yatra. The tradition that needs to follow is that before visiting the Lakshmi temple, one should visit the Samadi of Lord Jagannath. Its believed that by darshan to Maa Lakshmi she will favor all the courage, wealth, and health. 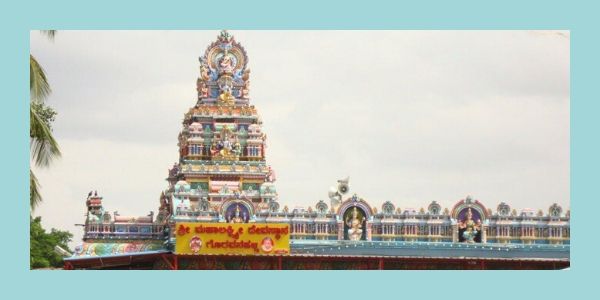 The distance that needs to be covered for reaching the Sakthi Gopal temple from Puri Jagannath temple is 3.4 kilometers and the time required for traveling is 16 mins. 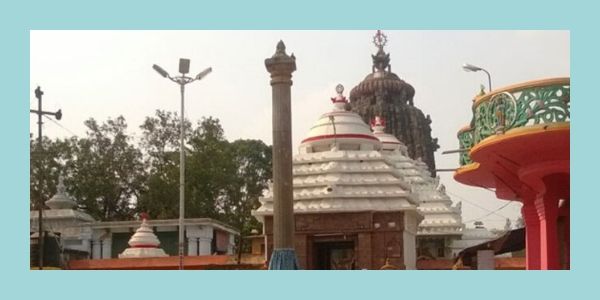 The Kanchi Ganesha temple is on the premises of Lord Jagannath temple. The main idol in the temple is Lord Ganesha, the idol is in the form of “uchhista ganapati” which is gifted by the king of Kanchi. 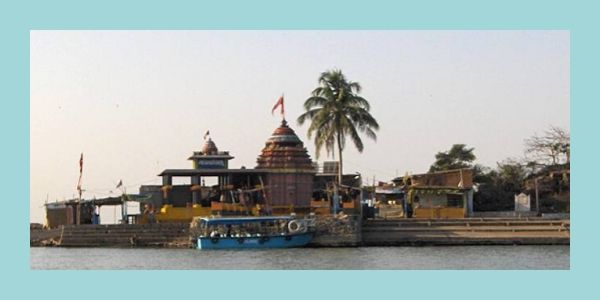 The Jagannath temple is of the 11th century and it’s located in the town of Puri. This temple is dedicated to Lord Shiva. It’s believed that the idol is established by Lord Rama. The unique feature of the Lokanatha temple is Shivalingam is beneath the water of Ganga and the goddess Ganga flows from the top of Shivalinga. Loknath is believed as the guardian of treasures and jewelry of Lord Jagannath. A festival named Saranti Somavar Fair is celebrated and there is a huge crowd of devotees as they believe that the Shivalingam has the powers to cure all the diseases by darshan of lord shiva.

The distance needs to cover for reaching the Lokanatha temple from Puri Jagannath temple is 1.8km and it needs a travel for10 mins to reach. 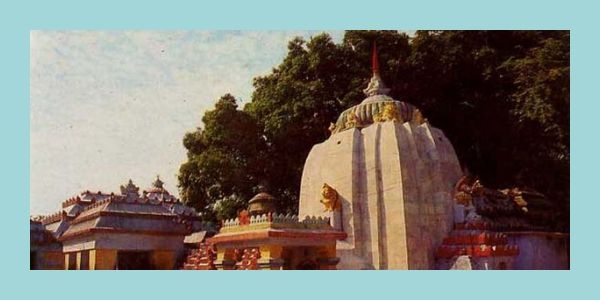 The distance that needs to cover for reaching the Alarnatha temple from Jagannath temple is 22.2 km and it requires a ride for 39 mins. 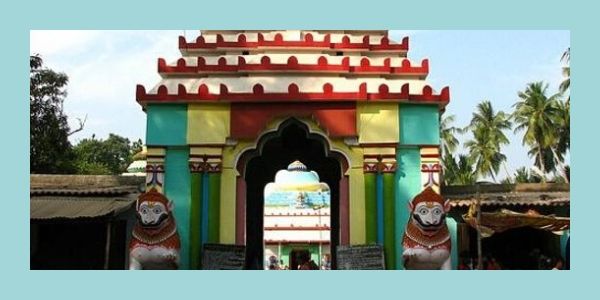 Nalbana Island is discovered in 1987 and declared as the bird sanctuary in 1987 under the act of wildlife protection. In Nalbana bird sanctuary there are various species of birds in the migration period this island is visible only in post-monsoon season and it will disappear in the monsoon season. The word monsoon means weed-covered island. This island is an area of 15.53km^2.

The distance that needs to cover for reaching the Nalbana bird sanctuary is 76.9 km and it requires a ride for 2 hours 30mins. 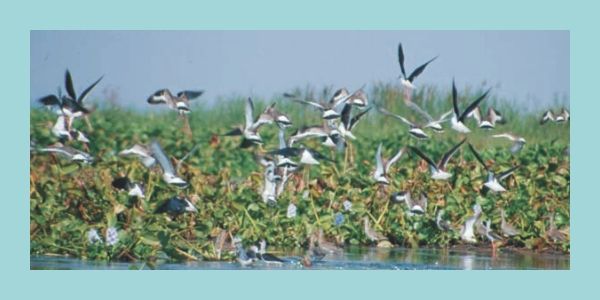 On the banks of Daya river, the Dhauli hills are located. To the south of the river, Bhubaneswar is located. Daya river is the branch of Mahanadi kuakhai at saradeipur and the water of Daya river will emerge in chilika lake.

To reach the Daya river from Jagannath temple the distance that needs to be covered is 32.1 km and the journey requires 1hour 6 minutes to reach the destination. 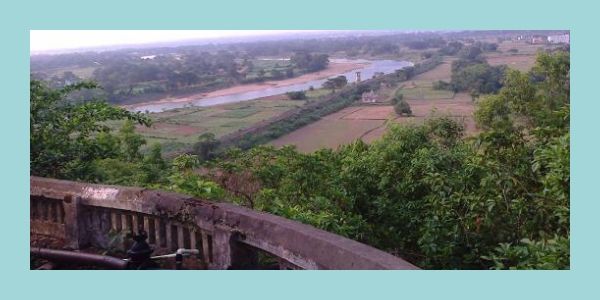 Gundicha temple is called as the garden for Lord Jagannath. The temple is constructed in Kalinga architecture with deula style and it’s made up of sandstone and it consists of four components as Vimana, jagamohana, Nata Mandapa, Bhoga Mandapa. On the day of Ratha Yatra the idol of Jagannath is moved from Puri Jagannath temple to Gundicha temple and the ratha yatra takes place on the second lunar day of Hindu month (Dwitiya Shukla paksha Aashada)

The distance of the Gundicha temple from Jagannath temple is 16 mins and it’s at a distance of 4.7km. 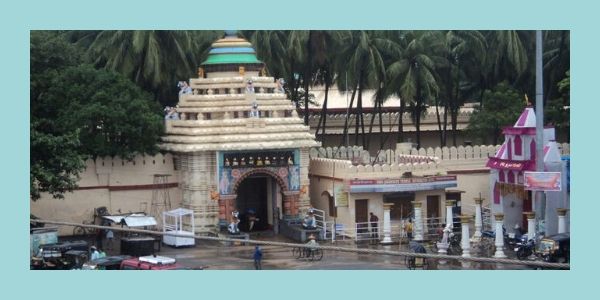 Baliharacahndra beach is located on the east coast of Odisha. This beach is well known for the shrines of Goddess Harachandi.On the side of the beach, Harichandi temple is also located at a distance of 22.5 km. It’s recommended to visit the beach in the times of November to February as the temperature lies between 12 to 29 degrees.

The distance between the Jagannath temple and Baliharachandi Temple is 47.5 km and it requires a journey of 1hour 30 minutes 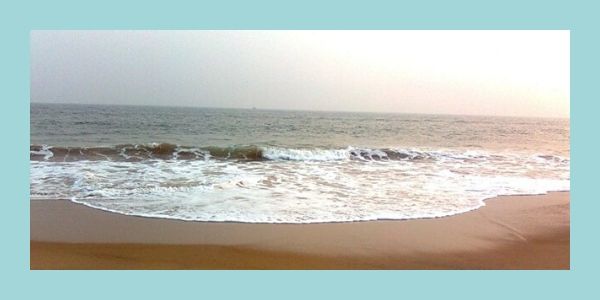 Pipili – Distance From Puri Jagannath Temple to Pipili is 39.4 Km

Pipili is well known for the handcrafts and appliqué work and this is livelihood of most of the villagers. Pipili is a town in Puri district, Indian state, odisha. The Pipili is 18 kilometers away from Bhubaneshwar, 36 km from Puri.

The distance that needs to cover for reaching the Pipili from Jagannath temple is 39.4 km and the time required to reach the beach is Pipili beach is 49 minutes. 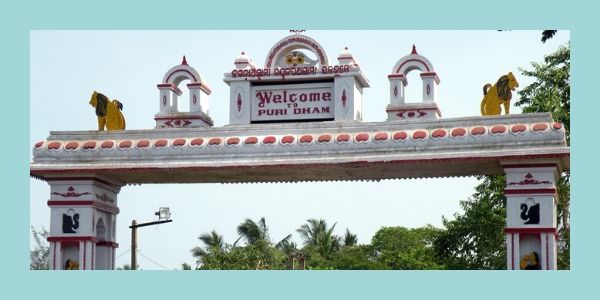 Markendeshwar temple dedicated to Lord Shiva, and it is located on the streets of Markandeya and near to the tank of Jagannath temple. The temple is constructed in the 12th century by the Ganga dynasty.

According to the stala puranam when lord Markendeya is a kid, he left in a leaf on a flowing river. He is saved by sage Markendaya, who is meditating on the banks of the river for lord shiva.

The distance that needs to cover for reaching the Markandeshwar temple is 1.3 km and the time required to reach the temple is 7 minutes. 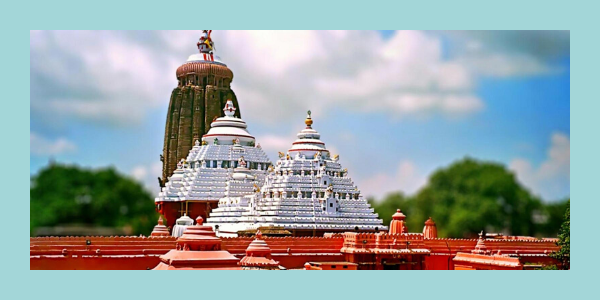 To reach Shree Sonar Gournaga Mandir from Puri Jagannath Temple, the distance that needs to be covered is 3.7 km, and it requires 13 minutes of traveling to reach the Shree Sonar Gouranga Mandir. 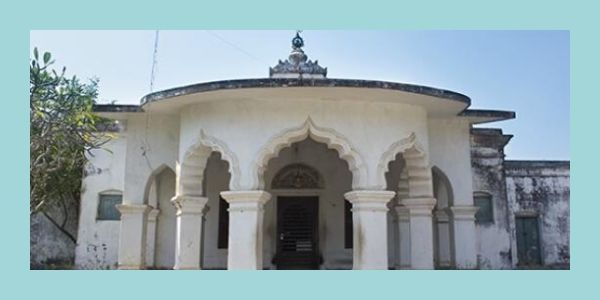 Narendra Pokhari is a sacred pond for Hindus, and the festival that celebrated in the pond is Chandan Yatra in June and July for 42 days, and the deities are offered bath(abhishekham) with sandalwood. This procedure is called as chap Kela and performed in a boat. 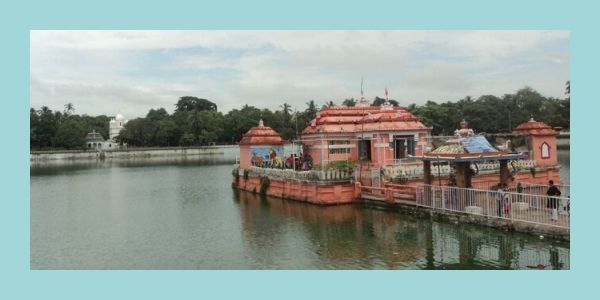 The museum consists of three chambers as one small Buddhist temple, also called Japanese pagoda, and decorated with Japanese Buddha and other Japanese related idols. The other one is a craft center, and the last one is a small sales center where there are statues to sell. This museum also consists of a huge collection of paintings, sculptures. 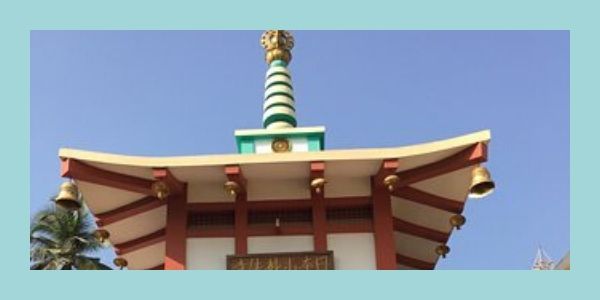 The word Atharanala is a club of two words as Athara and Nala. Athara means eighteen, and Nala means passages. The Atharanala bridge constructed by using of Ashlar masonry technique, and it’s oriented from north to south with a length of 85 meters and a breadth of 11 meters. 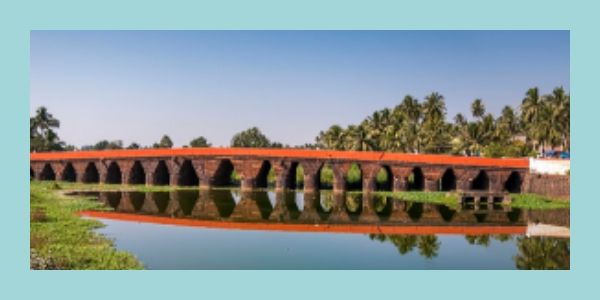