This temple is one of the Panchakarma Kshetras that dedicated to Lord Shiva. In the temple architecture, one pillar in Mukhamantapa, there is the inscription wife of Proli Nayudu (that who was the minister of Kota King Ketaraja)

In this temple, the base of the lingam is not visible — the four imposing gopuras in Dravidian style on four sides of the temple. 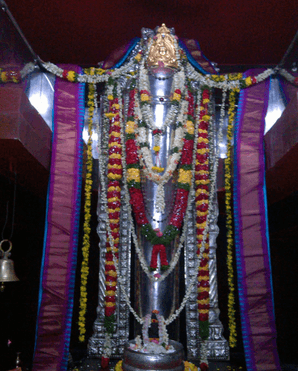 There are two legends of this temple. One is demon king Tarakasura defeated gods after awarding the boon by Lord Shiva. Lord Vowed to kill demons, and gods came to reside here. So this place called Amaravathi. Lord Shiva worshipped as Amareswara along with his wife Bala Chamundika, who considered as fourth of 18 goddesses

Other is Vasireddy Venkatadri Naidu, The king of Chintapalli was great to devote of Amaralingeswara. He was putting down the revolt in his land and got the situation that he needs the recourse to a massacre of Chenchus. For this, he lost his mental peace and recovered when he visits Amaravathi. He spent his property to construct temples for Lord Shiva

How To Reach Amareswara Swamy Temple:

By Road: Amaravati road connected all major cities so from Guntur it is 32 km and 46 km southwest of Vijayawada

By Rail: The nearest railway station situated at Peddakurapadu that is just 19 km from the temple

By Air: The nearest airport to reach this temple Gannavaram airport to the north of Vijayawada

People can get decent hotels at Amaravati. This temple trust also has special guest houses for thousands of pilgrims