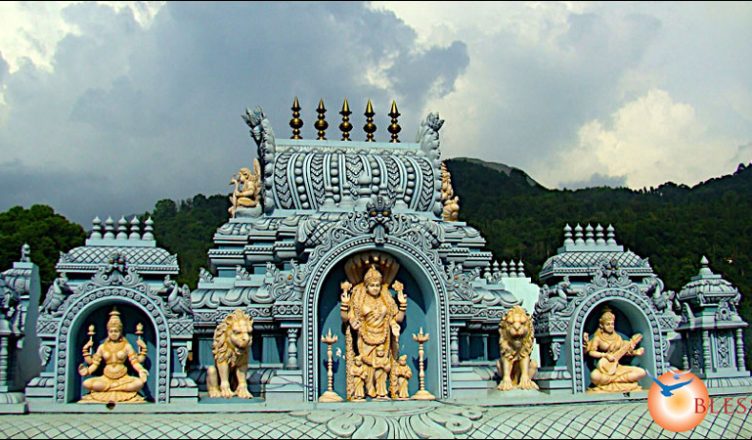 Horanadu Annapoorneshwari Temple is situated on river Badra’s banks and is also known as Sri Kshetra Horanadu. It is dedicated to Annapurneshwari Devi or that the temple was built by the revered sage Agasthya. The idol is very beautiful that has the goddess in the standing position, with four hands. It is believed that those who come to the temple and pray to the Goddess will never go hungry in their life.

The word Annapoorna is made of two words Anna meaning grains or food and poor means perfect and complete. Hence, Annapoorna means complete or perfect food. This is to be believed to be an incarnation of Goddess Parvati, wife of Lord Shiva. 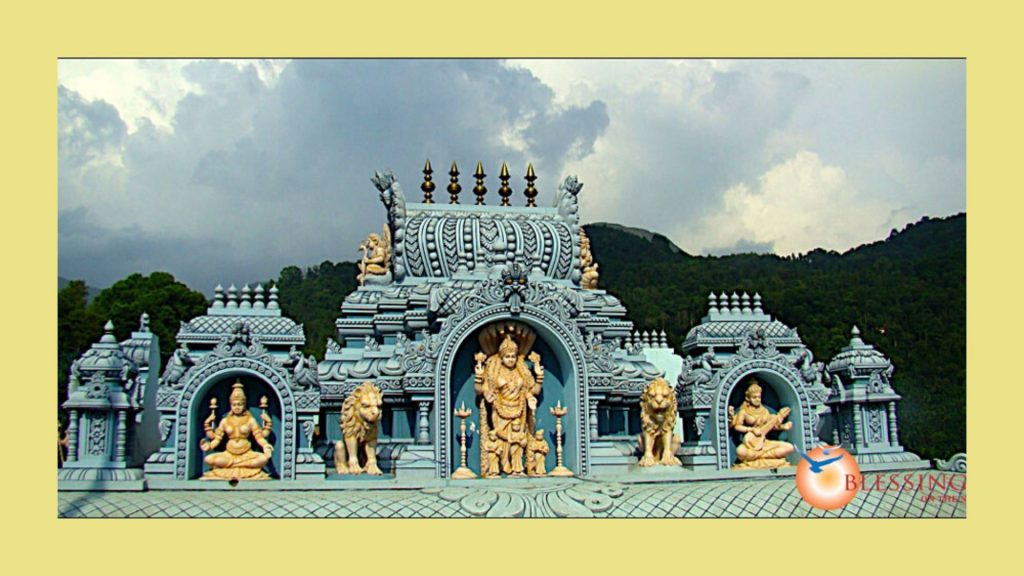 Goddess Annapoorneshwari can be seen here in standing on a peetha. She is holding Shanku, Chakra, Sri Chakra and Devi Gayatri in her four hands. The idol is covered in gold from head to toe, and it is believed that how so ever visit Devi Annapoorna, will never for without food in their lives.

The temple will be available throughout the whole week but be cautious about before going to the temple for Darshan.

Note: photography is not allowed in the premises of the temple.

The in-charges of the temple are not faring any fee from the devotees, Absolute fee visiting.

Note: To visit the temple the best session or duration is between October to March.

The closest Airport to Horanadu is Bajpe Airport in Mangalore, Karnataka located 66 km away. Whereas it is an International airport well connected by all major domestic and international cities. Mysore airport located 178 km away is the next closest airport.

Horanadu is well connected from all the major cities in Karnataka by KSRTC buses. Several private buses also ply services to this city.

There are around 24 hotels near to the Horanadu temple, India, where the traveler can enjoy a comfortable stay. The hotels start from Rs 634 per night are available for a stay near Horanadu Annapoorneshwari temple Horanadu. The booking hotels are available on the online store to search and book in a friendly budget hotel facility.