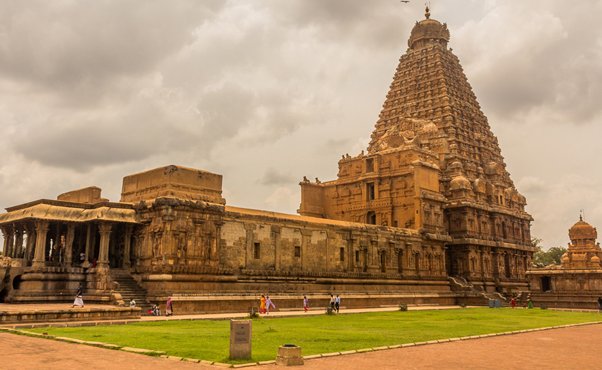 Brihadeeswarar temple is also known as Peruvudaiyar Kovil and Rajarajeswaram. This is one of the historical temples which is built in the 11th century by the Chola emperor Raja Raja Chola 1. This is a temple that is dedicated to lord shiva, which is one of the largest temples in India that is located at Thanjavur city, Tamil Nadu.

There is a novel thing that happens with this temple that is it won’t leave a shadow on the earth at the noontime. The Brihadeeswarar temple has excellent workmanship. The temple is declared as a UNESCO world heritage site. It reflects the power of Raja Raja Chola I. The temple is made up of 1,30000 tons of granite stones and the granite stone is hard to carve yet the Chola emperor wanted to build a temple with the granite stone. Thanjavur periya kovil is the fortified wall in the 16th century.

The tower of the temple is 216 feet which is the largest tower in the world. The top of the temple is carved with a single stone that weighs about 80 tons. The Nandi in the temple is placed in the entrance which is 16 feet long with 13 feet height. Brihadeeswarar temple is a tribute to the south Indian architecture with 1,30,000 tonnes of granite stones in its architectural building of the temple. On 1954 April 1st reserve bank of India released the first 1000 rupees note that indicates the importance of the temple with its cultural significance. 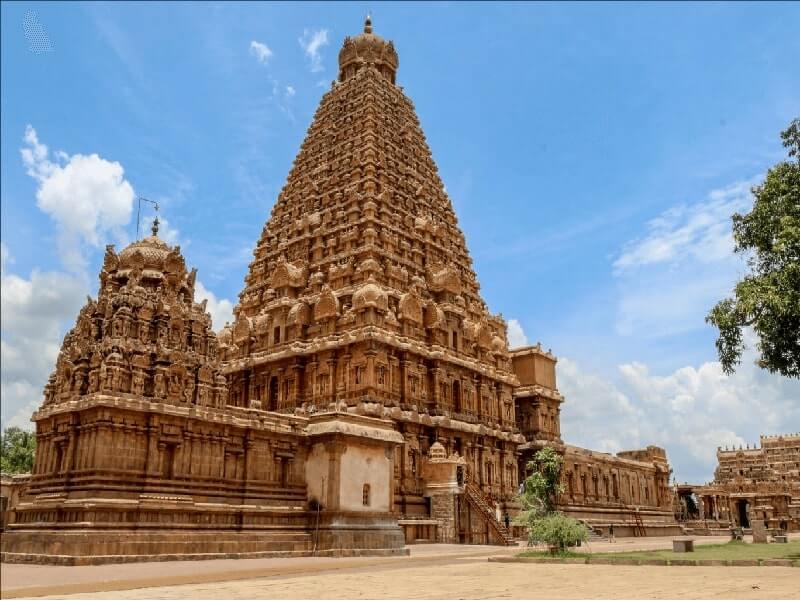 The following are the timings of the Brihadeeswarar temple.

The daily rituals and pooja details of the temple Brihadeeswarar temple are as given below. The pooja to the lord Brihadeeswarar will start from the morning of the day by 8:30 a.m, the pooja and the temple will be closed by 8:30 p.m.

What are the possible ways to reach the temple:

There are three possible ways that a person can reach the temple.

Temples Near By Brihadeeshwara Temple:

The following are the temples that are near to the Brihadeeswarar temple. The list is as given below